BIBLE VERSES OF ALL THE SEVENS OF THE BOOK OF REVELATION 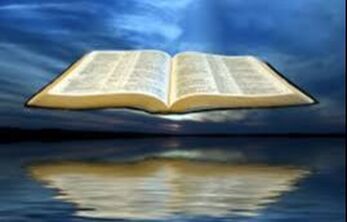 ROMÂNĂ
Revelation 1:4-6 John, to the seven churches which are in Asia: Grace to you and peace from Him who is and who was and who is to come, and from the seven Spirits who are before His throne, and from Jesus Christ, the faithful witness, the firstborn from the dead, and the ruler over the kings of the earth. To Him who loved us and washed us from our sins in His own blood, and has made us kings and priests to His God and Father, to Him be glory and dominion forever and ever. Amen.

Revelation 1:10-11 I was in the Spirit on the Lord's Day, and I heard behind me a loud voice, as of a trumpet, saying, "I am the Alpha and the Omega, the First and the Last," and, "What you see, write in a book and send it to the seven churches which are in Asia: to Ephesus, to Smyrna, to Pergamos, to Thyatira, to Sardis, to Philadelphia, and to Laodicea."

Revelation 1:12-13 Then I turned to see the voice that spoke with me. And having turned I saw seven golden lampstands, and in the midst of the seven lampstands One like the Son of Man, clothed with a garment down to the feet and girded about the chest with a golden band.

Revelation 1:16-17 He had in His right hand seven stars, out of His mouth went a sharp two-edged sword, and His countenance was like the sun shining in its strength. And when I saw Him, I fell at His feet as dead. But He laid His right hand on me, saying to me, "Do not be afraid; I am the First and the Last.”

Revelation 2:1-2 "To the angel of the church of Ephesus write, 'These things says He who holds the seven stars in His right hand, who walks in the midst of the seven golden lampstands: I know your works, your labor, your patience, and that you cannot bear those who are evil.”

Revelation 3:1-2 "And to the angel of the church in Sardis write, 'These things says He who has the seven Spirits of God and the seven stars: "I know your works, that you have a name that you are alive, but you are dead. Be watchful, and strengthen the things which remain, that are ready to die, for I have not found your works perfect before God.”

Revelation 4:5 And from the throne proceeded lightnings, thunderings, and voices. Seven lamps of fire were burning before the throne, which are the seven Spirits of God.”

Revelation 6:1 Now I saw when the Lamb opened one of the [seven] seals; and I heard one of the four living creatures saying with a voice like thunder, "Come and see."

Revelation 8:1-2 When He opened the seventh seal, there was silence in heaven for about half an hour. And I saw the seven angels who stand before God, and to them were given seven trumpets.

Revelation 8:5-6 Then the angel took the censer, filled it with fire from the altar, and threw it to the earth. And there were noises, thunderings, lightnings, and an earthquake. So the seven angels who had the seven trumpets prepared themselves to sound.

Revelation 11:12-13 And they heard a loud voice from heaven saying to them, "Come up here." And they ascended to heaven in a cloud, and their enemies saw them. In the same hour there was a great earthquake, and a tenth of the city fell. In the earthquake seven thousand people were killed, and the rest were afraid and gave glory to the God of heaven.

Revelation 12:2-4 Then being with child, she cried out in labor and in pain to give birth. And another sign appeared in heaven: behold, a great, fiery red dragon having seven heads and ten horns, and seven diadems on his heads. His tail drew a third of the stars of heaven and threw them to the earth.

Revelation 13:1 Then I stood on the sand of the sea. And I saw a beast rising up out of the sea, having seven heads and ten horns, and on his horns ten crowns, and on his heads a blasphemous name.

Revelation 15:1-2 Then I saw another sign in heaven, great and marvelous: seven angels having the seven last plagues, for in them the wrath of God is complete. And I saw something like a sea of glass mingled with fire, and those who have the victory over the beast, over his image and over his mark and over the number of his name, standing on the sea of glass, having harps of God.

Revelation 16:1 Then I heard a loud voice from the temple saying to the seven angels, "Go and pour out the [seven] bowls of the wrath of God on the earth."

Revelation 17:1-3 Then one of the seven angels who had the seven bowls came and talked with me, saying to me, "Come, I will show you the judgment of the great harlot who sits on many waters, with whom the kings of the earth committed fornication, and the inhabitants of the earth were made drunk with the wine of her fornication." So he carried me away in the Spirit into the wilderness. And I saw a woman sitting on a scarlet beast which was full of names of blasphemy, having seven heads and ten horns.

Revelation 17:7-11 But the angel said to me, "Why did you marvel? I will tell you the mystery of the woman and of the beast that carries her, which has the seven heads and the ten horns. The beast that you saw was, and is not, and will ascend out of the bottomless pit and go to perdition. And those who dwell on the earth will marvel, whose names are not written in the Book of Life from the foundation of the world, when they see the beast that was, and is not, and yet is. Here is the mind which has wisdom: The seven heads are seven mountains on which the woman sits. There are also seven kings. Five have fallen, one is, and the other has not yet come. And when he comes, he must continue a short time. And the beast that was, and is not, is himself also the eighth, and is of the seven, and is going to perdition.”

Revelation 21:9 Then one of the seven angels who had the seven bowls filled with the seven last plagues came to me and talked with me, saying, "Come, I will show you the bride, the Lamb's wife."


The “sevens” are listed here in order of written occurrence:

Seven Spirits of God ( which are before the throne) Revelation 1:4.

Seven angels (of the 7 churches) represented by
Seven stars Revelation 1:20.

Seven lamps of fire (not the same as the lampstands) which are the
Seven Spirits of God Revelation 4:5.

Seven seals on the Scroll Revelation 5:1.

Seven horns and
Seven eyes on the Lamb who had been slain, which are the
Seven Spirits of God who go out in to the whole earth Revelation 5:6.

Seven angels who “stand before God” with
Seven trumpets Revelation 8:2.

Seven thunders who sounded their voices, when the mighty angel spoke out when he was above the waters Revelation 10:3-4.

Seven thousand people die at the earthquake within the hour that the Two Witnesses are raised from the dead Revelation 11:13.

Seven heads on the dragon with
Seven diadems (crowns) Revelation 12:2.

Seven angels with the last
Seven plagues which are transported in
Seven bowls Revelation 16:1,21:9.

OTHER ARTICLES ABOUT THE SEVENS OF REVELATION

﻿THE SEVEN SEALS OF REVELATION
The 7 seals with commentary, a chart & how they correlate with other Scripture.
THE SEVEN TRUMPETS & THREE WOES
Understanding the 7 trumpets & that the last 3 trumpets are also the 3 woes.
THE HOLY INTERRUPTION
Understanding the interruption by an Angel with a little scroll, in writing about the 7 trumpets.
THE SEVEN BOWLS OF THE WRATH OF GOD
A listing of the 7 bowls of God's wrath.
THE SEVEN TRUMPETS & SEVEN BOWLS PARALLEL STUDY
Side by side for thought & study.
BIBLE VERSES OF THE "SEVENS" OF THE BOOK OF REVELATION
A compilation for thought & study.


Copyright © 2015 E. Cockrell May be used  for personal study or instruction but shall not be copied and/or distributed in whole or part without permission or for financial profit.
OUR NEW BOOK ABOUT THE END TIMES
IS NOW AVAILABLE!