IS IT POSSIBLE THAT JUDAS REPENTED AND WENT TO HEAVEN? 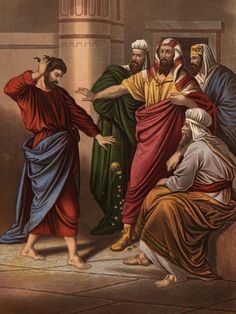 Could it be that Judas, the disciple of Jesus Christ that betrayed Him, repented and made it to heaven? This is an age-old question that many of us have heard discussed at different times. Many people want to believe that it is possible that Judas repented and made it to heaven. And it certainly seems possible that anyone who believes in Jesus Christ and genuinely repents of any sin (except the unpardonable one spoke of by Jesus) should be eligible for heaven. While we are not God and only He decides who enters heaven, we can still consider his situation.

In the following verses, we see Judas was indeed remorseful and even verbalized that he had done wrong.


So if he was a true believer in Christ, would not it be possible for him to go to heaven if he repented in time?

He was a remorseful person who wronged the Son of God, the Rabbi that he had been a follower and disciple of, for close to three and one half years, even though he stole from the moneybag he was allowed to keep for the ministry (John 12:6). Would a real Christian steal from the ministry monies he was in care of?

Was Judas a true follower of Christ? Did he ever believe in Christ?


Early in the book of John, it does not look good for Judas. Some of the disciples were not truly “believing” including Judas (John 6:64) and this very same Judas was definitely called a devil (John 6:70-71).

The Lord spent much time in prayer, the night before the crucifixion. And much of His prayer is recorded.


By this time, all of the believing disciples were secure in their belief in the Lord according to John 17:8 above. Save one. None were lost but Judas, the son of perdition. This clearly shows Judas was not a believer at the time of this prayer.

Here is a tough question. Can Satan enter a Christian? Do you think the devil has any trouble entering in and out of his own?


It looks pretty bad for Judas. But there is more.


So, not only once, but twice, two distinct times, Satan entered Judas. It does not sound as though the devil wanted to occupy Judas full time, but rather to use him at these two times. Once to “initiate the deal” with the murderous religious leaders and once to “keep the deal” he made with them, and see the betrayal through.

Most of us believe that as a Christian, that we are safe from Satan and all evil spirits. Wouldn’t one think it impossible for a disciple and apostle (Luke 6:13-16) of Jesus Christ “to be entered by the devil?” Normally yes, but this one was His in name only. This one was really a false disciple. He answered the call of the Lord but it is recorded that he never truly believed on Him. It is recorded that Jesus called Judas lost, a devil (John 6:70) and a son of perdition (John 17:12). And by inference, that he was unclean (John 13:11) and did not really believe (John 6:64-65).

No one can be a son of perdition and a son of God at the same time. We all belong to God the Father or the father of lies and evil, the devil. We are children of God or children of the devil (1 John 3:10). It is easy for the devil to go in and out of his own. But he cannot do that with God’s children.

It might be appropriate here, to show a bit more of Judas’ heart.


Imagine. Judas heard that the chief priests wanted to seriously kill his own Rabbi, whose ministry he was serving under (for over three years). And even if it was by Satan’s leading, Judas went to the very ones that wanted his Rabbi dead and asked them how much they would pay him for helping them seize Jesus out of the public eye (for they feared the people). And Judas did not relent on his deal. It says that from then on, he “sought opportunity.” The ministry thief, the one who stole on a regular basis from Jesus Christ’s ministry money, entrusted to him by Jesus Christ Himself... now was willing to “sell the Lord out” to the very ones who wanted to kill Him.

But let us continue. Let us return to the night of the Last Supper and consider more Scripture.


Of the unclean one, the betrayer, Jesus said “woe to that man” and the words that make me doubt Judas made it to heaven more than anything else, is that Jesus said, “It would have been good for that man if he had not been born."

If Judas was going to (1) actually believe on Jesus Christ and (2) actually repent to God, in time to make it to heaven, would Jesus have said that about him? It is up to God, who enters His kingdom (or not). It has been said, that upon arriving in heaven, many are surprised at who made it to heaven and that many are also surprised that people, who they surely thought would be there, were not.

Only God knows our real hearts. We know the thief on the cross next to Jesus made it. But if Judas is in heaven when we get there, it will surely be a surprise to many of us.

Please Note: This is in the consideration that suicide is a sin (murder of self), and that there is sometimes an “amount of time” between “the act and actual death” whereupon a person might seriously repent of taking their life.

Copyright © 2019 E. Cockrell May be used for personal study or instruction but shall not be copied and/or distributed in whole or part without permission or for financial profit.

AN IN-DEPTH LOOK AT THE PARABLE OF THE SOWER AND THE SEED
This article takes a closer look at the revelation of the parable of the sower and the seed, by the Lord, that He gave to His disciples.
​ARE PEOPLE BASICALLY GOOD OR EVIL?
A look at the original nature of mankind and the way we are today.
CREATED IN GOD'S IMAGE
In the beginning, man was created in God’s image, but what happened after Adam and Eve fell into sin?
IT WOULD BE HARD TO KICK AGAINST THE GOADS
The lesson we can learn from what happened to Saul of Tarsus on Damascus road.
LIES OF THE DEVIL THAT CHRISTIANS  BELIEVE
The devil uses the same tricks and lies for generations. By recognizing them we will live more victorious lives.
LIES OF THE DEVIL THAT TEENAGERS BELIEVE
​The better we know the tactics of our enemy, the better we can fight against him.​
ROMANS 6 – GOD'S GRACE SETS US FREE FROM SIN'S LEADERSHIP
God's grace came through Jesus Christ to set us free from the lordship of sin.​
THE INSCRIPTION ON THE CROSS OF JESUS
The inscription at the cross, INRI in Latin and YHWH or JHVH in Hebrew; the significance of the inscription, the Passover and the bronze plates.
WE ARE WHAT WE ATE
We process and build upon what we take in from the places we each uniquely live in.
​WHEN WILL BE THE JUDGMENT DAY?
The Judgment Seat of Christ is not the same as the Great White Throne of Judgment, which is also called "Judgment Day."

Copyright © 2019 E. Cockrell May be used for personal study or instruction but shall not be copied and/or distributed in whole or part without permission or for financial profit.