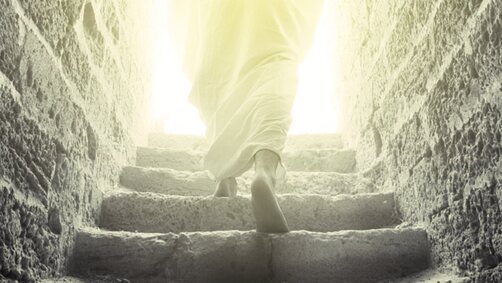 Jesus foretold of how He would be three days and three nights in the heart of the earth, and it happened exactly as He said. Jesus did not die on the eve of a weekly Sabbath (Friday sunset to Saturday sunset) and only spend Friday night, Saturday, and Saturday night in the grave. Jesus Christ died on Nisan (also called Abib) 14, 3790 (Hebraic year) according to the correct time that the Passover Lambs were being killed for Passover. The Jews were trying to kill Him and not defile themselves in time for the Passover Sabbath, not a weekly Sabbath. In Julian time, the measure of time used before the Gregorian way of today, the crucifixion happened on Wednesday, April 3, 30. His burial preparation and placement in the tomb was completed just before sunset. It was at sunset, that it became Nisan 15 and the Passover began. The day of His death and crucifixion happened on what was called The Day of Preparation or Preparation Day. This day is always the day before Passover.

What difference does knowing this make? Only truth stands upon truth. Over the centuries since the death, resurrection and ascension of our Lord, many falsehoods have crept into the church. There is no such thing as a “Good Friday” whereupon Jesus died. When studied, the Bible reveals that Jesus died on a Wednesday and it can be seen, when one seeks out the truth. How does it look to the lost when they investigate the death and resurrection of Jesus and people try to convince them that from Friday evening to Sunday morning was three days? Our Lord was not in the heart of the earth for only two nights and one day in between (Friday evening to early Sunday morning). He spent three days and three nights in the heart of the earth (in the realm of the dead) just as He said He would.

The Bible is accurate and true. When lies are purported as truth, it only helps the enemy and hurts the credibility of our faith. Who would believe in a faith that does not hold true? Our faith stands firmly because it is the absolute truth.

After hearing the impossibility of the “Friday evening to Sunday morning scenario” for years, I decided to investigate it for myself. And it did not take long to learn the real truth.

Here are some facts that I learned which must be realized. Every week, true Jews honor the weekly Sabbath, the 7th day of their week, from sunset Friday to sunset Saturday. In Judaism, a day goes from sunset to sunset. This began in Genesis when the Lord called the passage of time of an evening and a morning, a day.


And so on. “One day” in the Hebrew counting of time, is a night followed by a day, equaling “one day.”

A holy day such as Passover, is also a Sabbath. It is called a High Sabbath. So when reading the Scripture about the death and resurrection of Jesus, we must realize there are two Sabbaths involved.

The High Sabbaths are:


As stated earlier, before the Day of Passover there is the Day of Preparation. This is of vital importance to know. This is the day the lambs are sacrificed/killed for the Passover. More than likely, most know how Passover started, but for some who might not, here is a short synopsis. The very first Passover was in Egypt. A special chosen lamb had to be killed and its blood put on the top and sides of the doorposts of each home, so the death angel would pass over their home. If not, their firstborn would die. This was symbolic of Christ and the blood He would shed for our sins. Even the manner of the blood on the doorposts resembled a cross.

The lamb offerings were killed at twilight and had to be eaten that evening. Remember in Hebrew time, the evening was the beginning of the next day. The Day of Preparation ended and the Passover began at sunset.


This time began the Feast of Unleavened Bread. Leavening/yeast represented sin and from Passover (Nisan 15) continued for the next seven days.


So we have a timeline forming.

Nisan 14, Wednesday (Tuesday sunset to Wednesday sunset) Day of Preparation: That evening, the Lord instituted Communion for us, at what is commonly called the Lord’s Supper. Jesus has called it the New Covenant (Luke 22:20). Afterward, starting in the wee hours before sunrise, the Lord was secretly apprehended, falsely accused, arrested, went before the high priest, and later was taken before Pilate and Herod, whipped, mocked, beaten and crucified. At the exact same time the lambs were being sacrificed for Passover, Jesus, the Lamb of God, gave Himself as a sacrifice upon the cross for the sins of the world.

Nisan 15, Thursday (Wednesday sunset to Thursday sunset) High Sabbath/Passover: That evening the lambs were eaten (the Passover Seder meal). It was a time of honoring God for delivering them from the bondage of Egypt (representing saving us from sin and its bondage). This High Sabbath was also the beginning of the Feast of the Unleavened Bread. FIRST NIGHT & FIRST DAY IN THE TOMB.

Nisan 16, Friday (Thursday sunset to Friday sunset) It was this day that the ladies went and bought the spices and prepared them. The tomb was officially sealed for three days, and they were unable to get to the body. SECOND NIGHT & SECOND DAY IN THE TOMB.

Nisan 18, Sunday (Saturday sunset to Sunday sunset) The ladies came to anoint the body of the Lord but He was not in the grave. The resurrection of the Lord happened sometime between sunset Saturday evening and sunrise Sunday morning.

Therefore: Jesus had to die on Nisan 14, He literally spent three days and three nights in the heart of the earth, rising at the end of Nisan 17 or during that Saturday night (early Nisan 18) so that by daylight Sunday morning, He was risen.

Please consider the following timeline as it can be challenging with the two different ways of measuring time.

At the end of the third day, Saturday night, at some point Jesus arose. By Sunday morning, when His followers came to add burial anointing, He had risen and the tomb was empty.


So He was killed and entombed at the conclusion of Nisan 14, in time for the High Sabbath of the Passover of Nisan 15. And risen before sunrise of the first day of the week.


We find something interesting in Matthew 28:1. It has been translated by most to say, “one Sabbath” but in fact is correctly translated in the Berean Literal Bible as “two Sabbaths.” This shows the truth of having a Passover Sabbath and the weekly Sabbath.

The following verses and thoughts also confirm the true timing through showing the two Sabbaths and involving the first day of the week.

“When the Sabbath was past” they bought the spices. This is the first Sabbath. The ladies could not and did not buy them until Friday. Then “they rested on the Sabbath according to the commandment.” This is the second Sabbath.

We learn from Mark 16 that Mary Magdalene and the other Mary bought spices “after” the Sabbath and prepared them. This had to be the Passover Sabbath. In Luke 23 we see that the women prepared the spices and rested on the Sabbath. This had to be the weekly Sabbath. This is totally consistent with the High Passover Sabbath happening on a Thursday followed by the weekly Sabbath on a Saturday.

This is not stretching things for a false belief. This is understanding the commandments, manners and customs of Judaism and the time they were living in. Because we have been living two thousand years later and trusting false information passed down for many generations, many of us have missed the truth of the matter.

Jesus did not lie. Jesus Christ in spirit, was in the heart of the earth for three days and three nights while His body laid in the tomb. And by linking the Scripture from all four Gospels, we can see the full picture that Jesus did exactly what He said He would do.

​
Copyright © 2022 E. Cockrell. May be used for personal study or instruction but shall not be copied and/or distributed in whole or part without permission or for financial profit.

ARE ALL SINS EQUAL?
This article seriously answers the question.
ONCE SAVED ALWAYS SAVED - TRUE OR FALSE?
What is the Bible actually saying about the freedom of choice and right or sinful living?
WAS THE LAST SUPPER A PASSOVER SEDER MEAL?
By searching the Scripture and understanding the life and times they lived in, we find the answer.
WOMEN IN MINISTRY - SCRIPTURAL BASIS FOR THE LEGITIMACY OF WOMEN IN LEADERSHIP WITHIN THE CHURCH
(by Eileen Slattery Berglund)
Part 1
Introduction & understanding the mandate of the Lord in Genesis.
Part 2
Understanding more from Genesis of God's original plan & the fall.
Part 3
Understanding how the Lord used Deborah of the Old Testament, Judge & Prophetess.
Part 4
Foundational considerations regarding original text.
Part 5
Understanding 1st century Jewish cultural attitude toward women, Jesus' attitude toward women & initiating the concept that the  Cross is the beginning of Redemption for women also.
Part 6
Understanding the outpouring of the Holy Spirit in relationship to women.
Part 7
Understanding the real meaning of 1 Timothy 2:8-15.
Part 8
Understanding the real meaning of 1 Corinthians 14:34-35.
​
MAIN MENU - ENGLISH VERSION


Copyright © 2022 E. Cockrell. May be used for personal study or instruction but shall not be copied and/or distributed in whole or part without permission or for financial profit.