THE ANTICHRIST IS UNIQUELY REVEALED IN THREE PROPHETIC SECTIONS OF SCRIPTURE

Daniel 7, Daniel 8 and Revelation 17 reveal the evil One in 3 different ways and yet the same. 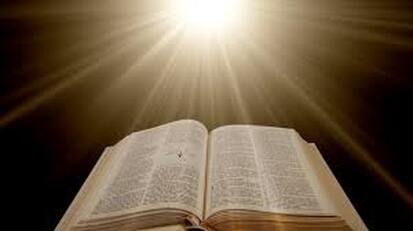 ROMÂNĂ
The 11th horn, of the 4th beast, in Daniel chapter 7, when 3 other horns were removed before him became number 8. He is the same future king that is the 8th horn, when one counts the horns of the ram and the goat in Daniel 8. He is also the 8th king of Revelation 17. All 3 are the same evil spirit that is the Antichrist. In all three sections of Scripture, there is a commonality to being number eight in some fashion.


When Daniel saw the 4th beast, there were 10 horns and from among them “another smaller horn” arose. Three were plucked out by the root. So, if the little horn is the 11th, with 3 removed, it then puts him in the 8th position.

These are spiritual kings of spiritual empires. Many want to see them as human empires. But Daniel was seeing in the spirit and saw spiritual things. What man would be a 4-headed flying leopard? Demonic empires have ruled over evil human empires all throughout history. Even when their evil human leaders changed from one to the next, such as with the succession of Caesars of the Roman empire, it was not necessary for the evil demon king to change. While the devil’s domains of the spiritual world have been unseen to humans, they were still there.

The final beast (spiritual empire) is a combination of preceding spiritual empires. This beast of Revelation 13 collectively has the same features as the 4 beasts of Daniel 7.


Let's look at another prophetic scenario, in Daniel 8, that involves 8 horns and the Antichrist.


Let’s consider the numbers of horns.

In fact, it is the 8th horn who will have been “of the seven” that is the Antichrist. This is very, very similar to what an angel shows John in Revelation 17.

Consider that if the ram was overtaken by the goat, would not his kingdom become the goat's?

The angel gave Daniel the interpretation to his vision.


There is no doubt that when the transgressors reach their fullness, the Antichrist will arise. And it certainly seems to say that he will arise from one of the 4 kingdoms (in their latter time), that have sprung up from the broken horn of Greece. We need to be looking at both spiritual and physical. Remember that in Revelation 17, the 8th ruler comes from the 7.

Let's look at Revelation 17, for the 8th ruler that comes from seven.

1 additional evil kingdom
8 kingdoms but the 8th king is of the 7, having a second term.

We know that the Antichrist is the 8th king, whose name is Abaddon, the king of the bottomless pit (that will be released) and is the one who will kill the Two Witnesses.

These kings, these heads, these horns are all of Satan – not of humanity. They are symbolic of what is spiritual. These prophetic mountains represent spiritual kingdoms with demonic kings. Some people look in the natural at what Daniel and John saw and want to see it all from a human perspective. Some even want to force fit it into the papal system because the Vatican sets on “7 hills.” Who then would have been the 7 kings of those 7 hills? Abaddon could have never been a king of any one of those hills, for he was put in the pit, long before there was ever a Catholic church.

In closing, consider the statue in Nebuchadnezzar's dream.

When the stone that was cut without human hands (the Lord from the kingdom of heaven) crashed into the statue's feet, the whole statue crumbled. And so it will happen. Seven demonic kings will be uniting for this last rebellion, with Abaddon as the head of the beast and will rally all the humans they can for darkness and against God, but ultimately, they will be crushed by the Lord.​

OTHER ARTICLES ABOUT THE ANTICHRIST

ABOMINATION OF DESOLATION - BIBLE VERSES
A compilation of scriptures for study and analysis.
ANTICHRIST & FALSE PROPHET - BIBLE VERSES
A compilation for thought & study.
SATAN IS NOT THE ANTICHRIST
A distinct difference shown with Scripture.
THE ANTICHRIST, HIS IDENTITY & NAME
Understanding Revelation 17 & Daniel 7 & more.​
THE FALSE PROPHET IS THE SECOND BEAST
In Revelation 13, we see that there is a second beast that works with the Antichrist and he is called the false prophet.
​THE DRAGON AND THE BEASTS WITH 7 HEADS AND 10 HORNS
Is it possible that the dragon of Revelation 12, the beasts of Revelation 13 and 17, as well as the four beasts of Daniel chapter 7, are the same in some manner?
THE SCARLET BEAST AND THE MYSTERY, BABYLON THE GREAT, THE MOTHER OF HARLOTS AND OF THE ABOMINATIONS OF THE EARTH
Scripture with commentary showing much about who the scarlet beast is and its relationship with Babylon, the harlot, as well as, who she really is.
UNDERSTANDING WHO THE ANTICHRIST IS, THE SON OF PERDITION
He is both false Christ & anti Christ.
WHAT IS THE ”ABOMINATION OF DESOLATION”?
What does the bible has to say about the abomination of desolation? Is it possible that it already defiled the temple?
WHO IS ABLE TO MAKE WAR WITH THE ONE WHO HAD THE DEADLY WOUND AND STILL LIVED?
Considering the popularity of the Antichrist after his assassination attempt as shown Revelation 13.
WILL THE CHRISTIAN'S ANTICHRIST BE THE NEW JEWISH MESSIAH?
The Antichrist has to be accepted by the Jewish people as the real Messiah, that they are still waiting for.

MESSAGES PERTAINING TO THE TWO WITNESSES


Copyright © 2015 E. Cockrell May be used  for personal study or instruction but shall not be copied and/or distributed in whole or part without permission or for financial profit.
OUR NEW BOOK ABOUT THE END TIMES
IS NOW AVAILABLE!