THE MARRIAGE SUPPER OF THE LAMB 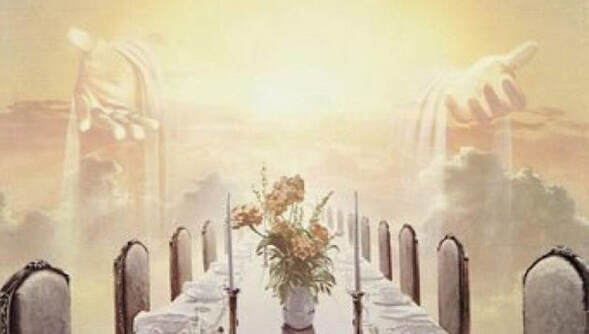 “'Blessed are those who are called to the Marriage Supper of the Lamb!'"
Revelation 19:9b

There is a special and long-awaited event called the Marriage Supper (or Marriage Banquet) of the Lamb, that will take place in heaven after the rapture. It will be the celebration of the Lord Jesus and His bride, the saints.

In the study of ancient Jewish wedding customs, we find many similarities to the coming of Jesus Christ, for His bride, the church.


There are many other details and aspects about ancient Jewish weddings; not all are type and shadow of the relationship of Christ and His bride, the church. But certainly, much of what is listed above, seems to have a strong resemblance.

Let's look at some of the Scripture that refer or allude to the church or God's people as a bride or the bride of Christ.


Additionally, in each of the entire books of Ruth, Esther, Song of Solomon and Hosea are found types and shadows of betrothal, failure of betrothal, redemption with tremendous symbolism of the love and mercy of God in the sense of marital relationship.

Even in the sense that Adam and Eve were the first parents in the natural, Jesus is the “2nd Adam" (1 Corinthians 15:45-49). And the church is like unto His wife, which through her, He is given more “children” (born-again Christians) who then become more family.

We see the bride arriving in heaven, after the rapture, in the following verses.


The bride is the church! And because of her faithfulness (righteous acts) to the Lord, she will be “arrayed in fine linen, clean and bright.”
The saints will arrive in heaven full of overwhelming joy, giving God glory and there will be a time of huge praise and celebration.


In God's timing, sometime after the Lord's glorious return with His people to heaven, the Marriage Supper of the Lamb will happen. By Scripture and even simple logic, the banquet must happen between the rapture and the Battle of Armageddon.

The Marriage Supper of the Lamb is not just a banquet. It is the heavenly equivalent to a Jewish wedding banquet. The Lord told us when He left, that He would come again for us so that wherever He will be, we will be with Him also.


And when the Father says the time is right, He will send His Son to go get His bride.


One day, we will share the wine with Jesus, at His banquet table in the Kingdom of God in heaven! Jesus, the Lamb of God, will have the fruit of His labors come into fruition. Because of His great love, we are actually His reward. “We” are what He gave it all for! Oh how blessed we are, as John was told to write in Revelation 19:9b,

“'Blessed are those who are called to the Marriage Supper of the Lamb!'"
Revelation 19:9b 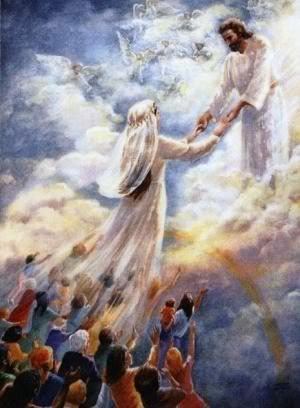 Copyright © 2018 E. Cockrell May be used  for personal study or instruction but shall not be copied and/or distributed in whole or part without permission or for financial profit.


Copyright © 2018 E. Cockrell May be used  for personal study or instruction but shall not be copied and/or distributed in whole or part without permission or for financial profit.
​OUR NEW BOOK ABOUT THE END TIMES
IS NOW AVAILABLE!