THE DANGER OF BECOMING SELF RIGHTEOUS 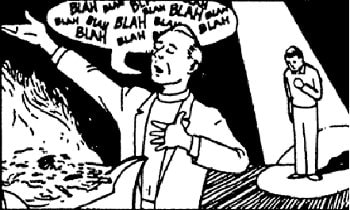 ROMÂNĂ
Life and its trials are not easy, but it is the trials of life, that teach, mold and shape us, as God uses all of the aspects of life for His purposes. This was true in the life of Job and it is true for all of us.

Like Job, as we realize more of the Lord's holiness and glory, we become more and more aware of our humanity. For sure, we are intensely aware of it in our need for a Savior and His grace but sometimes on the road of life, we become less aware of it. Recognizing and knowing who God is and who we are, is truly an awareness that humbles us and that we must never forget it.

Elihu's plea and the Lord's Reaction to Job

Elihu came to Job when he could no longer hold his tongue. Elihu defended God's character. When the Lord rebuked Job’s three "friends" - Elihu was not one of the three in trouble with God. (Job 42:7-9). Unlike Job's three friends, Elihu had something to say that could actually help Job. Elihu’s stance was to defend God’s character and urge Job to realize what he was now doing. It is important to note that God did not point out any past hidden flaws in Job's life as his three friends had alleged of him. God only brings up Job's recent self-righteousness.

Job had kept his life clean before the Lord. Job had not sinned to cause his predicament as his three friends had accused him of. In reality, only in his predicament did he start to get into trouble. Are we not much like this? We find ourselves, on the road of life, doing our best to serve the Lord and we feel like we are doing pretty good and someone comes along that let's say, “tests our patience”... or perhaps the “frustrations of life” seems to come in waves and bingo,  we allow the pressure to start getting to us and we fall in to sin.

Back to Job, he had worked so hard to live right, but He did not give the Lord the glory for it when the pressures came on. Job said, in essence, “I" did right, "I" gave to the poor, "I" helped widows and strangers, "I" kept my eyes to my wife, "I" did not even lust in my heart... and this is what I get? And now God refuses to heal me or answer my cries. Prior to these times, he was sailing along through life as it would seem, living a very  godly and successful life... (Job chapters 29,30,31)

Have you ever caught yourself saying to God that something in life is not fair? “I have been good, I have done right and this is what I get? Where is my healing? Why did my prayers not get answered as I asked?” It is a dangerous thing to put our righteousness before God as a reason for Him to do as we demand. Or to think He owes us something. It is much better to fall on Him and call on His mercy and grace and then stand on His promises. To stand on our supposed righteousness really, really is not wise...

Elihu had humbly declared to Job how he should pay closer attention to his motives and give the honor to God as He deserves. Elihu also said,


And Elihu continued on to remind Job, that if “anyone” was in “error,” that it was not God. When the Lord shows up in the whirlwind, He asks Job a great number of questions to humble and correct Job’s perspective. Notice how God begins.


The Lord continued to speak His heart and to show Job and all the future readers of his story, some of how awesome He, the Lord God Almighty, is.

God was speaking and Job for the most part, was unable to respond. Twice, however, Job was able to utter a meek response. The first time in Job 40, Job answers by stating that what could he say?


The Self-Righteousness of Job

After Job's first response, the Lord gets to the heart of Job's error. This verse in Job chapter 40, seems to be the closest we get to understanding Job’s new found self righteousness. The LORD says to Job,


If we are not careful, righteousness can too easily become self-righteousness. We live righteous lives when we live by God’s ways but if we look down upon others for not living up to “our” set of standards, then we have become self-righteous. Sometimes we think ourselves to be so right and that if only all others would just do as we say or think, all the world would be perfect. This is the equivalent (in our hearts and minds) of taking on the role of God and is a place we should never go. If we find our selves there, we need to have an immediate reality check and repent!


How easy it is for us think so well of ourselves.

The LORD, in Job 40:8, revealed Job's sin by identifying how he condemned God. Job had come to think of himself to be right and God wrong. Job's self-righteousness depended upon God's error. Although we might think bad of Job for doing this, this slip into self-righteousness is very common and by a person who has forgotten their own desperate need of grace (and is in dire need of repentance).

God was showing Job that he should not be making statements about God which insist upon Him to be a certain way or 'demand' Him to perform ultimatums or commands. God is God. We are human and we adjust, not Him. After showing “Job his humanity” and “the Lord's omnipotence and wisdom,” Job is desperate to state his humble apology.


God's revelation to Job is a reminder to us all of who God is and how human we are resulting in a much better perspective for us. Not only Job, but we have all fallen short of God's glory.


Even as Job failed this in this area, so do each of us. We are human and have to battle a fallen nature while living in this human house.

C. Puscas asks, What humbled Job? God's truth exposed Job's selfish way of seeing his life and deeds... and exposed that Job had thought he had the right to judge God and had found fault in the Lord. Then as God spoke, Job finally started to know God. And switch from having a form of religion and worship (as he just heard about Him ("I have heard of You by the hearing of the ear, but now my eyes see You.”)) (Job 42:5-6) and Job had offered unto the Lord sacrifices as he did “just in case” there was any sin in his children's lives) to then having real worship by getting humble at the feet of the Lord, repenting and opening his eyes clearly to the truth. In his previous relationship with the Lord, he was did not really know God and but was willing to live to please HIM in the sense of: I have to do whatever it takes to be saved... In reality, Job could not really repent for his grown children.. although he had brought sacrifices on their behalf... because salvation is personal! It is relationship with God and comes from us each knowing Him. When we do know Him, our pride is put down and we find our true identity and incredible value in Him alone!

Guarding our Hearts and Daily Walk

We need to take great care not to become self-righteous & keep the right heart in order to stay humble. It is a huge mistake to feel free to condemn God or others by making “ourselves the standard unto ourselves.” Self-righteousness really is “pride in disguise.” When under the influence of pride, we can walk around looking down on others, including God Himself. If we start seeing a critical or condemning attitude in ourselves or one where we think that if everyone would listen to us - and all would be perfect, warning bells should be sounding. Pride and self-righteousness alert! In order to find healing, we need to re-examine ourselves in the light of God and His holy ways.

Let me ask a question.

Who did Adam blame for his sin?


Many often joke about this being “the first blame game” - he blamed Eve, she blamed the serpent, etc.

But in reality, Adam, had just told the Lord it was “His fault” as “He” had given him the woman that He did to be with him as “she” had given the fruit to him.


It was not a matter of Adam vs Eve, Eve vs Adam or Eve vs the serpent. It was that all three individually disobeyed God and were individually & directly responsible to God. In God's presence, excuses fall way short. When the naked truth is exposed in the presence of the Lord, then its time to get serious.

When we get to the point that we decide that we “know better than God” - like He is late, sleeping, or allowing and disallowing things that we think should or should not be happening or that we know what is best for ourselves better than HIM or worse; “we know it better than Him for others too” according to our dictates... Warning alarms should be sounding.

All our hope, all that is good, all that we need is found in God and in the truth of God. Apart from the Lord, we are but dust. “Our best righteousness is as filthy rags before Him.” In the days that verse was written, old garments were shredded and used for rags.. there were no such things as toilet paper or feminine products as we have today... are you getting the message of just how great our righteous acts are in relation to a Holy God? We have no righteousness of our own to stand on before a holy Lord.
​
Copyright ©  2016 E. Cockrell May be used for personal study or instruction but shall not be copied and/or distributed in whole or part without permission or for financial profit.

OTHER ARTICLES ABOUT OVERCOMING TRIALS AND PERILS
​
BEING UNEQUALLY YOKED
Bad unions are unwise and bring stress. Good unions bring harmony and strength.
BY YOUR PATIENCE POSSESS YOUR SOULS
The importance of patience in our Christian walk, and how much it changes our lives for the better.
COMMON PITFALLS THAT CAN BE A CHRISTIAN'S DEMISE
As Christians, we must guard our walk and be aware of danger, to stay on the path. ​
FEAR NOT AND DO NOT BE AFRAID - BIBLE VERSES
Bible verses to stand upon.
IS IT RIGHT TO JUDGE?
Is it right to judge? If so, when and in what way would be right? What did Jesus really mean when He said, "Judge not lest ye be judged"? This article takes a closer look at judging.​
IT WOULD BE HARD TO KICK AGAINST THE GOADS
Once we know that God's will is for us to repent and make Jesus Lord over our lives, the time that our ignorance was allowed, comes to an end.
LIES OF THE DEVIL THAT CHRISTIANS  BELIEVE
The devil uses the same tricks and lies for generations. By recognizing them we will live more victorious lives.
LIES OF THE DEVIL THAT TEENAGERS BELIEVE
​The better we know the tactics of our enemy, the better we can fight against him.​
​THE DANGER OF UNHEALTHY FEAR
Healthy fear keeps us on the wise path but unhealthy fear subtly opens the door to the enemy.​
​THE HIGH COST OF UNFORGIVENESS
Unforgiveness can cost a person tremendously, both now and eternally.

Copyright ©  2016 E. Cockrell May be used for personal study or instruction but shall not be copied and/or distributed in whole or part without permission or for financial profit.